Throw Caution to the Wind

This was originally published by our friend Dianna over at Promote Michigan.

When was the last time you just let go of all your deadlines and responsibilities and just kicked back to relax? Where the only distractions are the waves underneath you, the sunshine above you and the 360-degree views of the northern Lake Michigan shoreline surrounding you. Where your direction is set by the wind and the only scheduled activities are breakfast, lunch and dinner.

You’re invited to set sail aboard the Tall Ship Manitou – one of the largest sailing ships on the Great Lakes – during a 6-Day Windjammer Cruise, September 17-23. Guided by the passionate, skilled and entertaining crew of the Traverse Tall Ship Company, this voyage sets sail out of Grand Traverse Bay aboard a replication of an 1800s “coasting” cargo schooner. A traditional two-masted, gaff rigged, topsail schooner, Manitou measures 114 feet in length with more than 3000 square feet of sail. Passengers are free to leave the sailing to the experienced crew, but it’s much more fun to lend a hand and learn the arts of the sailor.

The exact course of the trip cannot be determined in advance, as the captain and crew rely on the winds to guide the path of the ship. Yet, no matter what the route, the sights, sounds and stories meld together for a truly one-of-a-kind experience.

It’s likely Manitou will sail near the 200-acre Power Island toward the northern end of West Bay, just three miles off Bowers Harbor. It was also known as Marion Island or Ford Island, as auto giant Henry Ford owned it between 1917 and 1944. A seasonal visitor to Traverse City, he and his pals, Thomas Edison and Harvey Firestone, were known to explore the rustic shoreline and trails.

Maybe Manitou will make its way around the tip of the Leelanau Peninsula (where the Grand Traverse Lighthouse proudly sits, protecting the coastline) toward the Sleeping Bear Dunes National Lakeshore—named after a Chippewa legend and representative of the mother bear who lays perched at the top of the dunes watching out over her two cubs—North and South Manitou Islands.

If the winds are coming in from the southwest, Manitou may venture north toward Beaver Island, where Mormon leader James Strang declared himself king in 1850 before being assassinated just six years later by a few of his former followers.

There is plenty of space for sitting and moving around Manitou’s deck while under sail on the freshwaters of Michigan’s inland seas. Settle in with a good book, watch the stars (and perhaps even the aurora borealis) at night, play a game of cards, take photographs or engage in old fashioned conversation. Unplug from technology—no television, internet, email or cell phones (unless you’re snapping selfies from the deck). 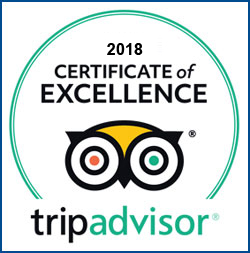